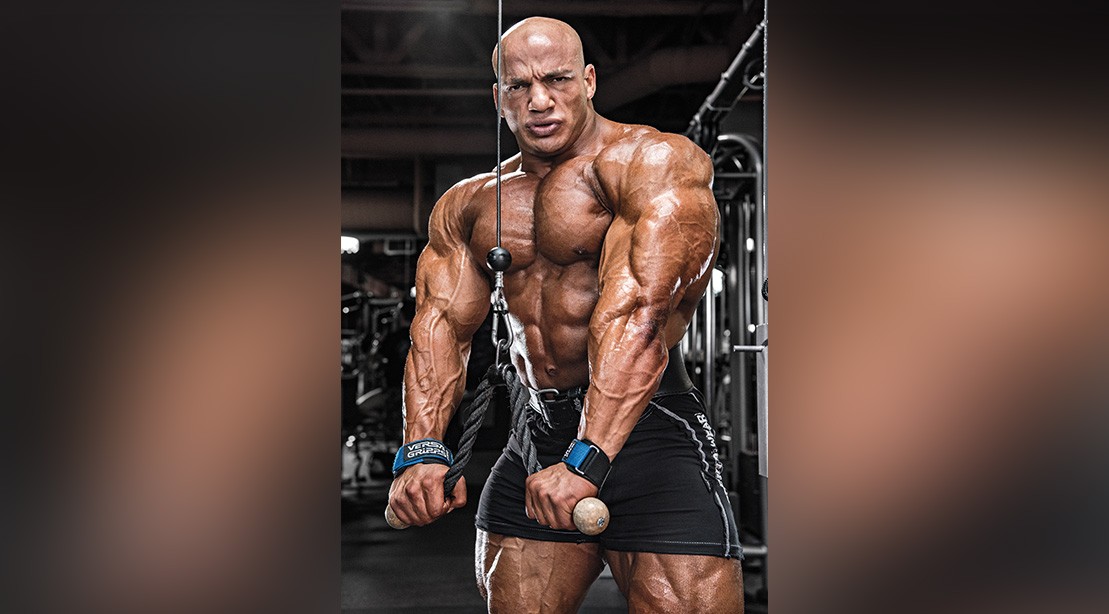 Mamdouh “Big Ramy” Elssbiay hasn’t competed since the 2018 Olympia, but make no mistake: he hasn’t let himself go. Ramy guest posed at the Victor Martinez’s Legends Championships over the weekend, and he looked nearly ready to compete against the biggest guys in the game.

There was plenty of buzz around Ramy earlier in the summer, with fans all over the world speculating about possible injuries and wondering whether he’d compete in the Olympia. In the end, Ramy didn’t compete at all this year and isn’t qualified to go to the Olympia, which is in three weeks—but that hasn’t stopped fans from hoping.

His recent guest posing appearance fueled the fire. Check out the video from his Instagram:

“Guys, feels good to be back on stage even if its just for a guest posing,” Ramy wrote. “It’s always a great feeling and i will be competing very soon to bring my best shape ever.”

Ramy quickly rose in the bodybuilding ranks after earning his pro card in 2012, and his career thus far peaked with his second-place Olympia finish in 2017. Many fans thought it would be Ramy and seven-time Mr. Olympia Phil Heath duking it out at the 2018 Olympia, but Ramy fell to a shocking sixth place in the contest. The general consensus was that Ramy, long known for his sheer mass on stage, went too far with size and neglected proportions.

It looks like the Egyptian bodybuilder has sized down since then, and most fans seem to think that it’s a good thing. Kai Greene, another bodybuilder fans yearn to see on the Olympia stage, clearly agrees. He took to Instagram to share another video of Ramy guest posing at the show and wrote, “Big Ramy is looking INSANE!!!! 3 weeks out!????”

Fans in the comments argued that Ramy should be granted a special invitation to the Olympia, the way Cedric McMillan was this year, but others fired back because McMillan wasn’t able to qualify via competitions due to his service in the military—a pretty valid reason. Ramy sort of requested a special invitation via Instagram a few weeks back, but hasn’t been granted one.

Stay tuned to M&F for your Olympia news, and get your tickets at mrolympia.com.