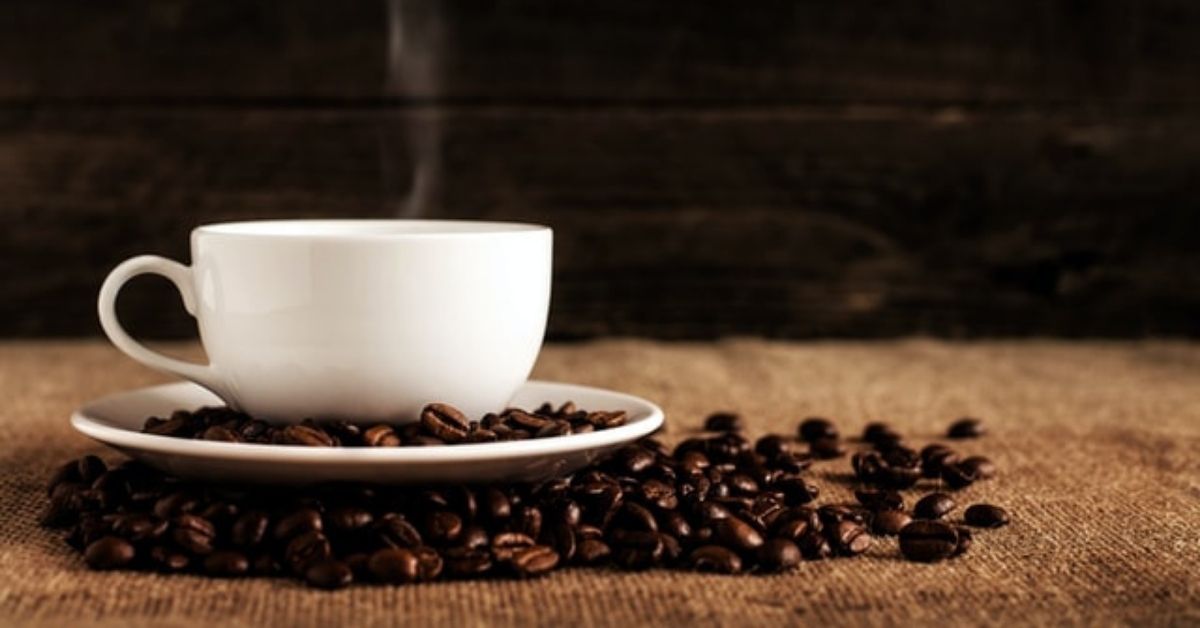 Drinking a cup of coffee before exercising may help you get the most out of your activity. Studies in Sports Medicine in 2001 found that caffeine helped athletes work out for longer periods of time.

Is there anything specific you’re working for right now? Even if your training lasts only a few minutes, caffeine may help you enhance your speed and power output.

Even if you’re just doing strength training, coffee may still help you avoid weariness, according to new research.

While the advantages of pre-workout caffeine consumption have been shown, there are still many unknowns, according to a Sports Medicine research published in 2019.

An out-of-shape individual who is trying to get into shape could gain more from coffee than the trained athlete would. One theory is that if you have more athletic experience, you will benefit more from the caffeine surge.

As a result, there is a wide range of how caffeine affects each individual. A cup of coffee before a workout can actually make you feel nauseous rather than give you an energy boost.

For the most part, there’s no harm in having a cup of coffee before working out to see if it helps. You don’t have to instantly gulp down a cup of coffee and begin working out. Even if it’s been 45 minutes since your last cup of coffee, you should still benefit from its effects.

Should You Have a Cup of Joe After a Workout?

After an exercise, it’s common sense to avoid drinking coffee. When you exercise, your body produces cortisol, which is known as the stress hormone. Having a cup of coffee after a long day might raise your cortisol levels, making you feel more anxious than you should.

After an exercise, having a cup of coffee may not be harmful to you if you are a frequent coffee consumer. You may wish to switch to water as a cooldown drink instead if a post-workout coffee does not relieve your tension levels as you had hoped.

After a daily exercise, most of us shouldn’t need coffee to feel energised and aware. There may be something wrong if you are frequently running out of energy after working out. You may want to see your primary care physician about this or find a different routine to determine if you are pushing yourself too much.

After How Much Time Has Passed, Is It Too Late to Have Coffee?

It’s well-known that consuming caffeinated beverages close to bedtime might interfere with your sleep routine. When it comes to stopping your caffeine consumption for the day, it’s not as widely recognised as it should be.

In a 2013 research, 400 mg of caffeine was administered to individuals 0, 3, and 6 hours before going to bed and the results were examined. There were sleep difficulties in all of the groups. To ensure a decent night’s sleep, you should stop using coffee at least six hours before bedtime.

Caffeine use should be limited to no more than two cups a day, according to some specialists.

Caffeine and coffee are metabolised in various ways by different persons due to differences in their genetic make-up and flora in the stomach. It may take someone six hours to properly digest a single cup of black coffee and rid the system of its caffeine content, while it may take someone another ten hours,” explains Brittany Ford, Registered Holistic Nutritionist.

In addition, Brittany says, “This also varies with time.” It is easier for the body to break down caffeine in the teens and twenties than in the fifties. It’s important to realise that what works for you now may not work in the future.

For the greatest results, do some experimenting and figure out what works for you personally. Having shaking hands, a racing pulse, or feeling “wired yet sleepy” may be a sign that you’re overdosing on coffee.

Sleep and performance are intertwined in many ways. The following day, you’ll be less productive since you didn’t get enough shut-eye the night before. If you drink too much coffee and have a hard time falling asleep, you’ll be more tired the following day.

In addition to the health benefits of coffee, there are many more reasons to drink it

Coffee may be healthy for your muscles, according to a study published in 2015. In autophagy, cells “tear down and eliminate old, damaged, or aberrant proteins and other things,” which may be induced by caffeine. Coffee also promotes muscle regeneration after injury and prevents the onset of sarcopenia, an age-related disorder in which skeletal muscles weaken.

According to an analysis published in 2017, drinking coffee may also lower your chance of developing some kinds of cancer.

To avoid overindulging in coffee’s positive effects, experts suggest drinking no more than three or four 8-ounce cups each day.

What’s the best way to brew my coffee?

Even while a cup of joe might be beneficial to your health, overdosing on sugar and cream can negate those advantages. Black coffee may be the finest beverage to have if you’re working out.

If you’re not a fan of the flavour of black coffee, you may always add some milk to it. Acid reflux may be alleviated by adding milk to your cup of joe.

A cup of black coffee may also be enjoyed in a variety of ways, including:

My advice is to start with one or two cups of coffee in the morning and see how you feel.” Also, pay attention to how you feel after drinking coffee. Does it make you pee more frequently? If this is the case, you may want to avoid it,” Brittany recommends.

What if I’m Not a Fan of the Beverage?

According to Brittany, it’s common for consumers to choose caffeine-based pre-workout pills over those without. “Read the label carefully before using any of them.” Caffeine supplements with more than 150 milligrammes of caffeine per serving are overkill and definitely shouldn’t be taken.

It’s hard to go wrong with basic glass of water when it comes to exercise beverages. Keep hydrated throughout a training session and you’ll be able to perform at your highest level. Fluid loss may lower performance by as much as a quarter of a pound, WebMD reports.

One to two hours before your workout, drink 15 to 20 ounces of water, and then 8 to 10 ounces again 15 minutes prior to your exercise regimen. At least every 15 minutes while working out, drink another cup of water. If you’re really sweating, you may need to drink more.

Drinking chocolate milk after a workout is a great idea. According to a 2012 study, low-fat chocolate has a similar composition to many commercial recovery beverages and may help minimise muscle damage if consumed soon after exercising and two hours later. Compared to placebos and other post-workout recovery beverages, a new study found that drinking chocolate milk had equivalent or superior outcomes, but advised that further research with bigger sample sizes is required.

There is some evidence to suggest that drinking plain cow’s milk will help you recover from an intense workout by replenishing electrolytes lost via sweat, decreasing muscular soreness, and increasing protein synthesis in your muscles. While some researchers have indicated that drinking milk after exercise has good effects, a 2019 review stated that other studies have found no advantages.

Caffeine in pre-workout supplements is preferred by some individuals since it is less irritating to the gastrointestinal tract. These may be dangerous, so be careful and read the label carefully. Caffeine supplements that contain more than 150 milligrammes per serving are excessive and may not be needed.

“Also, make sure you take your caffeine at the proper time. Having a cup of coffee an hour before a workout will help you get the most out of your activity, says Brittany Ford, RHN.

Make sure to give your liver and hormones a rest by taking “days off” from caffeine and coffee intake. Cutting down on weekends or rest days may be an option. Days without coffee may be helpful in preventing you from becoming a coffee addict.

Tips on How to Get the Most Out of Your Abilities

Working out effectively requires more than just a hot cup of coffee. Good nutrition and a restful night’s sleep go a long way.

Setting a regular bedtime is the greatest approach to ensure a good night’s sleep. Even on days off from work, it’s important to maintain a regular sleep routine. You may find it difficult to sleep at night if you sleep in excessively.

A comfortable mattress is just half of the equation; you also need a sturdy pillow and permeable blankets. Neck and head discomfort and headaches may occur if your pillow does not provide enough support for your head and neck as you sleep. Having a good night’s sleep with cool, breathable bedding might help you recover more quickly.

Don’t worry if you can’t get out of bed in the morning because you aren’t naturally a morning person. It’s possible to train yourself to wake up earlier in the day. To make the most of your mornings, it’s important to wake up as early as possible.

Is There Anything We Could Have Done?

A cup of coffee may help you perform better before a workout, but not everyone can benefit from it. In the event that you are sensitive to caffeine or have a poor tolerance for it, you may wish to experiment with lower dosages of caffeine or avoid it completely. After all, good exercise doesn’t need a daily cup of Joe.

1 thought on “Before a Workout, Should I Have a Cup of Coffee?”