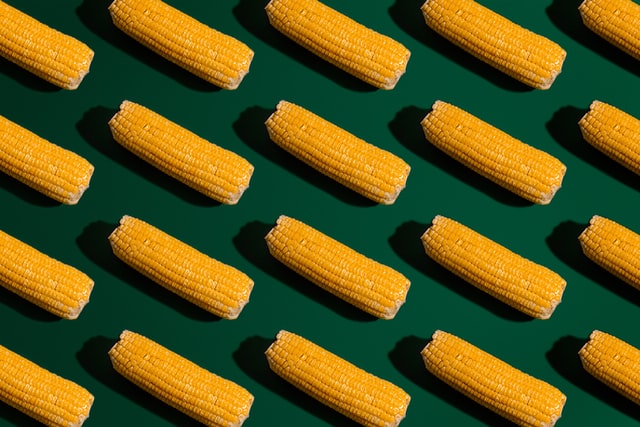 Traditional tortillas in Mexican cuisine are made from maize flour or corn flour. Although flour tortillas are prevalent, maize tortillas precede flour tortillas. The origins of corn tortillas may be traced back to the Aztecs, although the production of flour tortillas did not begin until the Spanish imported wheat to Mexico.

What is a Corn Tortilla Made of?

According to the United States Department of Agriculture (USDA), a medium-sized corn tortilla has the following ingredients and weighs around 28 grams:

Tortillas made entirely of maize are a wonderful option for those with Celiac disease or gluten sensitivity. Remember to check the nutrition label to confirm that wheat flour has not been added.

The typical medium-sized flour tortilla weighs 45 grammes and comprises the following ingredients, according to the USDA:

Typically wider and thicker than corn tortillas, flour tortillas provide an excellent basis for burritos and other similar dishes.

Although neither tortilla is unhealthy, flour tortillas are often regarded as the less nutritious alternative. The typical flour tortilla has more carbohydrates, fat, sugar, and salt, but less magnesium and fibre. In addition, some find it simpler to adhere to portion sizes when recipes are cooked using smaller corn tortillas rather than flour tortillas.

How to Make Corn Tortillas

How should you monitor what enters and exits your body? Many individuals debate the optimal method of food preparation. Others love the comfort of cooking from scratch and the flavour of home-cooked meals.

If you want to prepare handmade corn tortillas, the procedure is straightforward. You must:

Mix 1 12 to 2 cups of hot water with 2 cups of maize flour in a bowl. If olive oil and salt are available, add these as well. Stir the mixture to blend, then let it settle for a few minutes.

Next, knead the dough for several minutes with your hands until it is flexible. Ideally, it should feel smooth and non-sticky, comparable to working with clay. If the dough is too moist or too dry, add more water or flour.

If you need tortillas with enhanced flavour, let the dough rest for 15 to 30 minutes. If you’re hungry and anxious to eat, though, you may skip this stage.

Form the dough into balls about the size of the palm of your hand. Additionally, you may experiment with making bigger or smaller balls for various tortilla sizes.

If using a tortilla press, lay a parchment or plastic sheet, a tortilla ball, and then another sheet on the press. Gently press the tortilla until it is about 4 to 5 inches wide.

If using a rolling pin, lay the ball between two sheets and flatten it until it resembles a disc. Use the rolling pin to get the correct dimensions and thickness.

Once you have a raw tortilla, fry it over high heat in a skillet. Cook each side for 30 seconds to 2 minutes. The tortilla should seem gently browned with edges that are curling and air pockets developing.

You may serve the tortillas immediately or refrigerate them for a later dinner.

If corn tortillas are not to your liking, you are not restricted to flour tortillas. You will find several sorts of tortillas to attempt with a little ingenuity and investigation.

Cauliflower tortillas are a possibility:

There are also tortillas made with almond flour and coconut flour. You may purchase them at certain places or make them at yourself by following a recipe, which you can easily obtain online.

You may also use other wraps for tortillas when preparing a meal. To create a meal, place your fillings in a lettuce or egg white wrap and fold it up.

Tortillas made from corn are a wonderful method to regulate portion sizes and consume essential nutrients. They are also an excellent alternative to wheat flour for those who have difficulty digesting gluten. Although maize tortillas are a cornerstone of Mexican cuisine, you may be creative with how you include them in your diet.