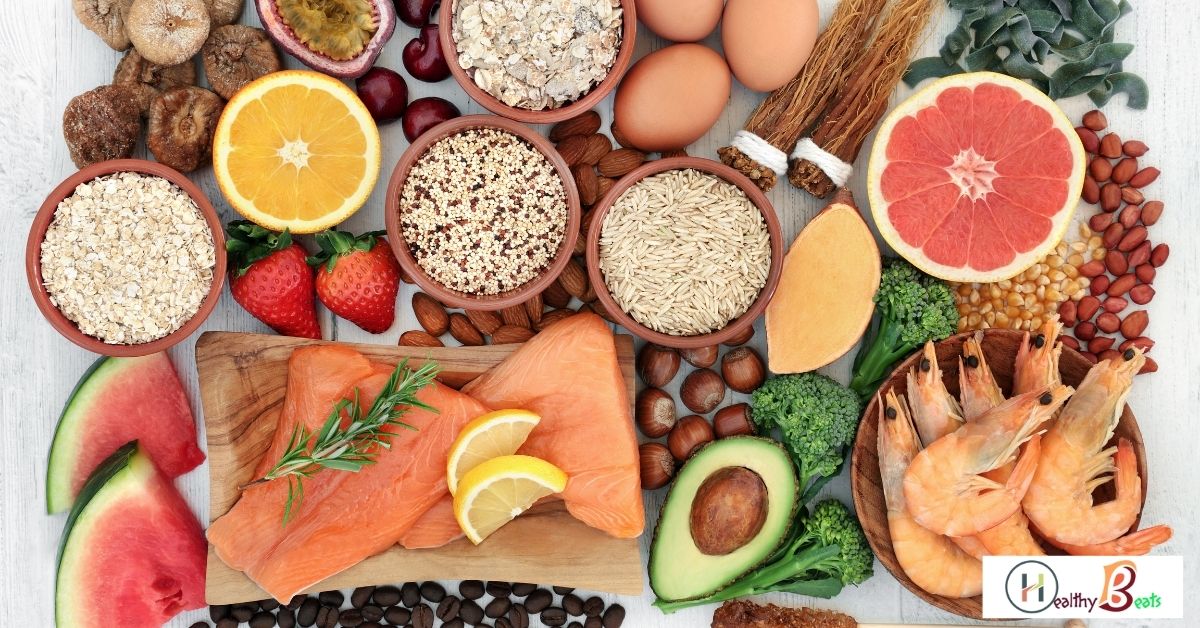 Dietary recommendations of the past and present have also modified what constitutes a food category. It used to be thought of as an animal product, including both dairy and meat. Butter and margarine used to be considered separate food categories.

The United States Department of Agriculture’s (USDA) dietary standards go farther than just focusing on the vitamins and minerals you need to maintain a healthy lifestyle. Additionally, they explain what constitutes a serving size and when moderation is required.

In order to keep farmers up to date on a variety of rural issues, the US Department of Agriculture released Farmer’s Bulletin. The publishing began in the late 1880s and lasted into the twentieth century.

In 1916, the USDA published its first official food guide. In Caroline Hunt’s book, Dietary for Young Children, she outlines the importance of five different food categories for young children.

In 1917, a book titled How to Select Your Foods was released for adults.

This set of rules was in effect for the duration of the decade. Because of the Great Depression, the USDA had to change its guidelines. To make it easy to purchase, USDA food economist Hazel Stiebeling came up with food plans for four income levels. The nutritional demands of a week were addressed by focusing on 12 distinct food categories.

In 1941, the Food and Nutrition Board of the National Academy of Science issued the first recommended daily limits for calories and nine important nutrients:

Nutrition education was another topic that came up at the meeting. The publication of the Basic Seven food guide in 1943, with further adjustments in 1946, was in part motivated by this. “Eat the Basic 7 Every Day” was one such slogan.

The following are divided into seven distinct categories:

The Basic Seven rules were a step forward from prior designs, but they weren’t faultless. For each of the seven food groups, there was a suggested daily portion amount. However, the plan didn’t define the serving sizes. Little advice was given on how much sugar and fat one should consume.

Because the Basic Seven plan was “considered difficult,” it may have contributed to its ultimate demise, according to the USDA.

1956 through the Seventies: The Four Essentials

With The Basic Four plan, the USDA has streamlined its core diet advice. The daily quotas for each of the four dietary categories were stated in the plan.

Things weren’t quite where they needed to be. When it comes to daily caloric intake and the proper amount of sugar and fat to consume, there was no consensus among experts, as the USDA points out in its timeline.

“Plus extra foods as required to finish meals and to offer additional food energy” is written at the bottom of the Basic Four guidance.

The Hassle-Free Food Guide of 1979

The U.S. government concluded in the 1970s that greater focus on moderation was required, rather than lobbying for appropriate nutrition. Saturated fat, bad cholesterol, and high levels of salt have been related to an increased risk of cardiovascular disease.

In 1977, the Senate Select Committee on Nutrition and Human Needs issued the Dietary Goals for the United States, which outlined the country’s nutritional needs. Foods such as protein, carbs, lipids, cholesterol, and salt were outlined in this research.

It took USDA a long time to adjust to the new strategy, but the USDA’s Hassle-Free Daily Food Guide was a good first step in the right direction. Fats and sweets were introduced to the dietary guide as a fifth food category, emphasising the need of limiting one’s intake.

While nutritional guidelines were important, the USDA also attempted to produce a food guide that focused on a healthy, balanced diet. For example, a nutrition guide might explain how to get the nutrients you need and which foods you should limit.

There were five food categories in the 1984 Food Wheel: A Pattern for Daily Food Choices, which would later become the well-known food pyramid, which included:

In 1992, the Food Pyramid was introduced

Another guide was needed to explain the food wheel’s major elements in a way that would be understood by the general public. In order to identify the best format for the new handbook, the department consulted with the general public.

The design of the food pyramid is familiar to many of us. Dietary guidelines such as how much of each food category should be consumed daily, how much should be limited, and how to balance portions were all taken into consideration while creating the food pyramid.

It’s important to note that bread, cereal, rice, and pasta are all in this category since they are suggested to be consumed in the highest quantity each day. Next come dairy and meat, followed by fruits and vegetables. “Use sparingly” is written at the top of the pyramid for fats, oils, and sweets.

In 2005, the USDA redesigned its food pyramid. The redesigned food pyramid included five slivers for each food category instead of a top-to-bottom layout. Separating oils from the fats and sweets they were previously grouped with, a thin band has been introduced.

A stair-walking figure was added to the side of the pyramid in an update to the pyramid image. For a healthy lifestyle, everyday physical exercise should be encouraged.

“My” is a personalization cue that’s included in the sentence. There isn’t one healthy diet that works for everyone, so figuring out what your dietary requirements are is the first step.

MyPlate is the USDA’s current food guide. In the illustration, the plate is split into portions of fruits, vegetables, proteins, grains, and a circle for dairy on the side to represent a cup of milk.

According to the USDA, the image “serves as a reminder for good eating,” rather than providing particular advice.

Choosemyplate.gov has additional nutritional information, such as sections on the five food categories and tests to assess your understanding of the content. Tip sheets tailored to diverse groups of individuals are also available on the website, such as:

The following are some helpful hints for eating healthfully on a tight budget:

An app called MyPlate is available to help you monitor your progress toward healthy eating habits.

General nutritional advice from the USDA has been discontinued. Instead, their website’s sections on the five food categories break down the recommended serving sizes for a healthy diet by age and gender.

Whole grains and refined grains are two different kinds of grains. In contrast to refined grains, which are made up entirely of the endosperm, whole grains are made up of the complete grain kernel, including both the bran and the germ. Although refinement enhances texture and extends shelf life, it also eliminates beneficial components like dietary fiber, iron, and a number of B vitamins from the grains.

At least half of your daily calories come from whole grains, so you should consume at least half of them. A list of possible whole-grain options includes the following:

In comparison to the number of whole grains you eat, processed grains like white bread and white rice should be consumed in moderation. It’s possible to get a good night’s rest by eating white rice.

Vegetables may be broken down into five different types. Dark-green vegetables, red and orange vegetables, starchy vegetables, beans and peas, and everything else you can think of fall into this group.

In order to meet your daily quota of vegetables, there are a number of ways to do it. You may eat cooked veggies, dried vegetables, canned vegetables, and 100% vegetable juice in addition to fresh vegetables.

Fruits, like vegetables, may be cooked in a variety of ways, giving you a variety of options for getting your daily recommended serving of fruit. It is possible to eat the fruit in its natural state as well as in the form of a juice, which can be dried, canned, frozen, or pureed.

There are a wide variety of protein-rich meals to choose from. Eggs, soy products, beans and peas, nuts, and seeds are also available.

It’s ideal to get your protein from a variety of sources. If you’re a meat-eater, the USDA suggests having at least once a week of cooked fish and low-fat meats and poultry.

Calcium may be found in a wide range of dairy products, including milk. Dairy products such as butter and cream, which are manufactured from milk but lack the milk’s natural calcium content, are not included in this category.

You don’t have to eat dairy products to get the calcium you need. According to the USDA’s list of alternatives:

More research is showing that we need more fiber in our diets, “says Kristin Koskinen, a registered dietitian nutritionist. ‘The microbiome,’ which affects digestion, immunity, and mood, is fed by fibre, which not only helps keep you regular but also keeps the bacteria that makeup the microbiome alive.

The Institute of Medicine advises that they consume 38 grams of fibre per day for men and women under the age of 50, and 25 grammes per day for women under the age of 50. These are the recommended daily intakes for optimum health, according to a large number of healthcare specialists. There are around 15 grams of fibre in a typical serving of American food.

When it comes to fibre, what can you do? In Kristin’s opinion,

Other Factors to Consider

To avoid malnutrition and chronic illnesses including diabetes, heart disease, stroke, and cancer, the World Health Organization (WHO) recommends a nutritious diet. A lack of physical exercise and an unhealthy diet are both major threats to global health.

Some of the WHO’s dietary recommendations include:

How our understanding of food has evolved may be seen by examining the changes in the USDA’s dietary standards since they were first issued. We now know how important it is to consume a variety of foods, eat in moderation, and portion control. MyPlate may assist you in creating a diet tailored to your own requirements.

Reviews and a Buyer’s Guide to the Best Women’s Multivitamin Supplements on the Market
Each Day, How Much Water Do You Need to Consume?
Review and Buying Guide for Men’s Protein Supplements
A Guide to Understanding Nutrition Facts
Strengthen Your Flexibility with These 15 Powerful Stretches